After Maria: Our Journey Back to Puerto Rico 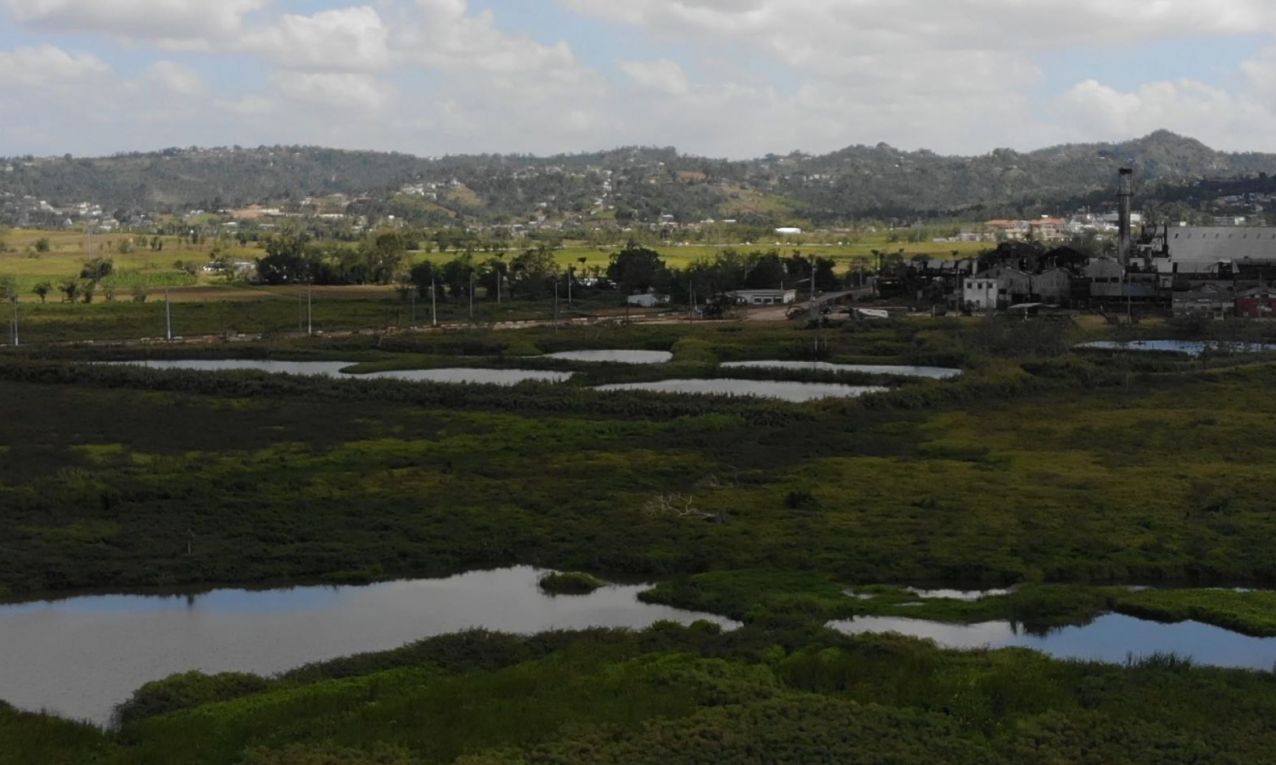 February 10th, 2018: Our first trip to Puerto Rico was filled with smiles, new people, and good riding. We were encouraged by the riding community there and thought that we had literally found the mecca of winter riding in North America. 8 months later, PR was hit by the most devastating hurricane in modern history. The island was hit with 155 MPH winds and sustained an estimated $8 billion dollars in damages.

The statistics are stagering:

– 80% of the islands agriculture was wiped out
– 95% of the cell networks were down
– 3.4 million residents were left without power, in come cases for 6 months
– SOURCE: Wikipedia 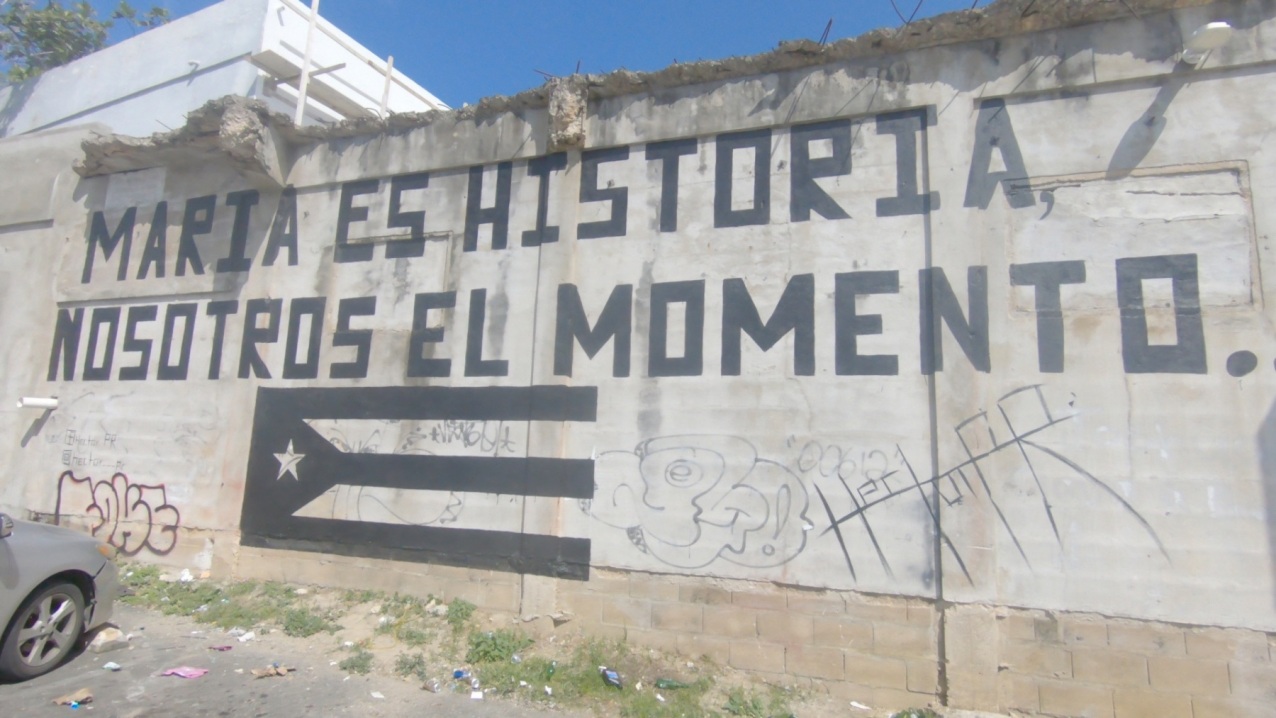 We literally felt sick. Months ago we had made lifelong friends and saw the island close to making an economica turn for the better. Now, we couldn’t get in touch with anyone. We called, texted, Facebooked…anything we could think of. We bought tickets to PR with no return flights available but those were cancelled because JetBlue was taking seats out of their planes and bringing water in place of people. Still makes me emotional (and I wasn’t even there). Our plans started almost immediately and continued as we slowly got in touch with our connections on the island.

Fortunately, everyone we knew was ‘safe’ with only the incredible turmoil of no power and difficulty getting food and fuel. We sent water filtration solutions to Rincon and began a long and confusing process of figuring out the logistics to help (and not hurt) our friends and their spirits.

After gathering all the intel we could, we started formulating a plan. Two-pronged: Help the youth and help our biking community. We learned from Adriana Letorney (Voices for Puerto Rico) that one of the most incredible organizations on the island, Boys and Girls Club Puerto Rico, was pulling more weight than they ever expected having to. And we finally heard from a good friend, Eduardo Carbia, Founder of Salinas Gravity Park, that the park had been destroyed. We set a date of February 2018 to go down with supplies and human power and try to make a difference. 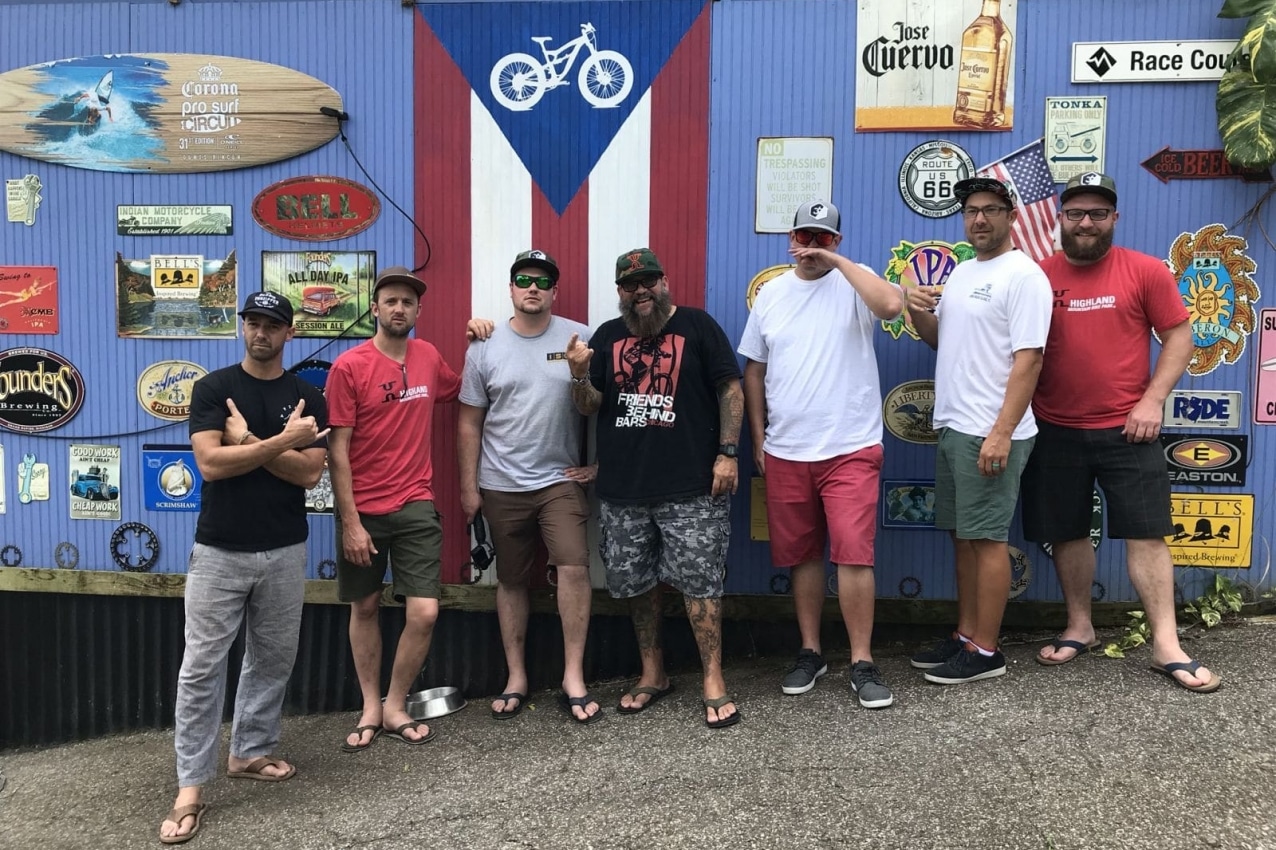 Five months later we arrived in Puerto Rico. you would not believe it unless you saw it but…there was devastation and smiles. We expected the devastation (wires down, roofs still tarped, homes in the mountains still just rubble) but we didn’t expect to see and hear such positive energy. We heard about community and neighbors feeling like family, a sentiment of positivity, only looking forward and up. It was encouraging.

On our trip we delivered a hundred crank lights to the Boys and Girls Club Isabella. When we were there we put on a little show for the kids and got a tour of the facility. Adriana had recently said in an email, “If you are going to invest in the future, invest in the youth.” We tried to take that to heart and we continue to try and help spread the word of what the BGCPR is stuggling with on a day to day basis.

We also went to Salinas Gravity Park and met our friends and the biking community and spent 3 days working on trails and building a feature that had been completely destroyed by the hurricane. 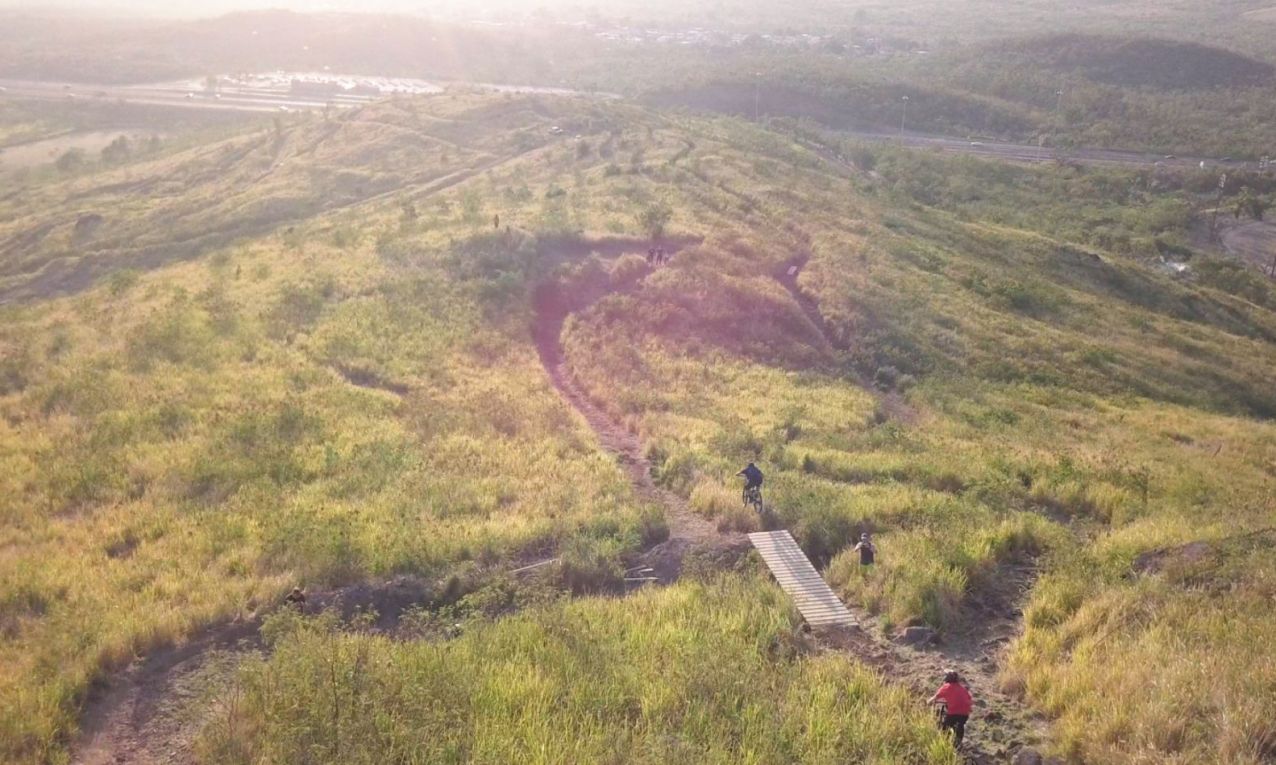 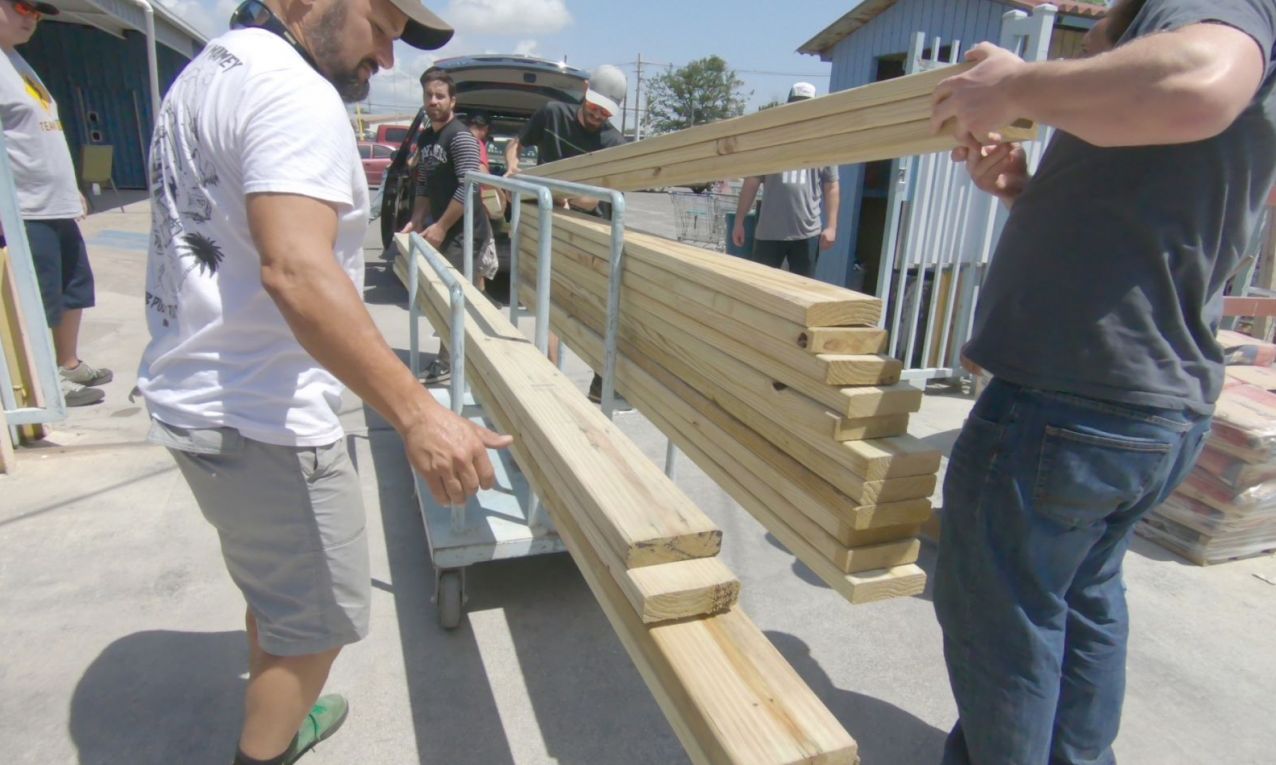 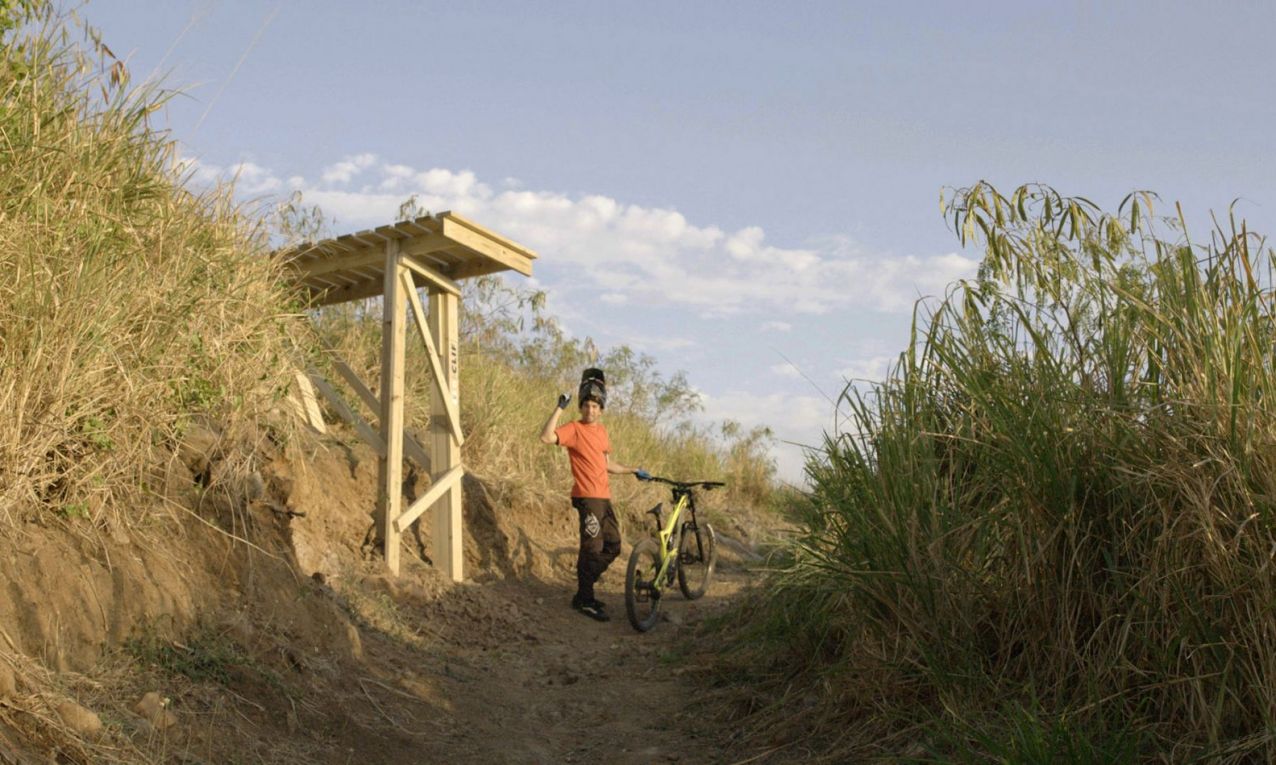 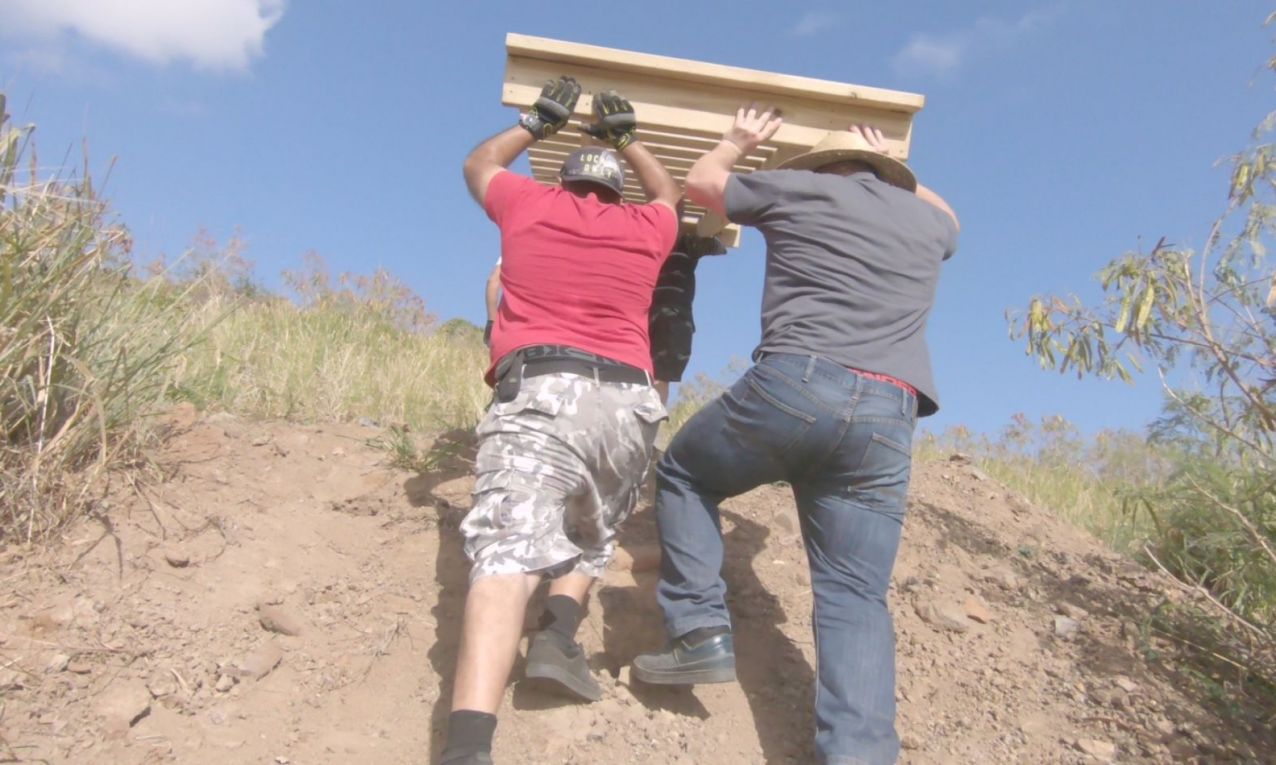 You know what? At first we weren’t sure that what we had done would make a difference. Our goal is to help…but we are new to this game. Logistically it’s a very intense process to bring 8 people to help an island that has seen so much devastation. However, we gave it everything we had. 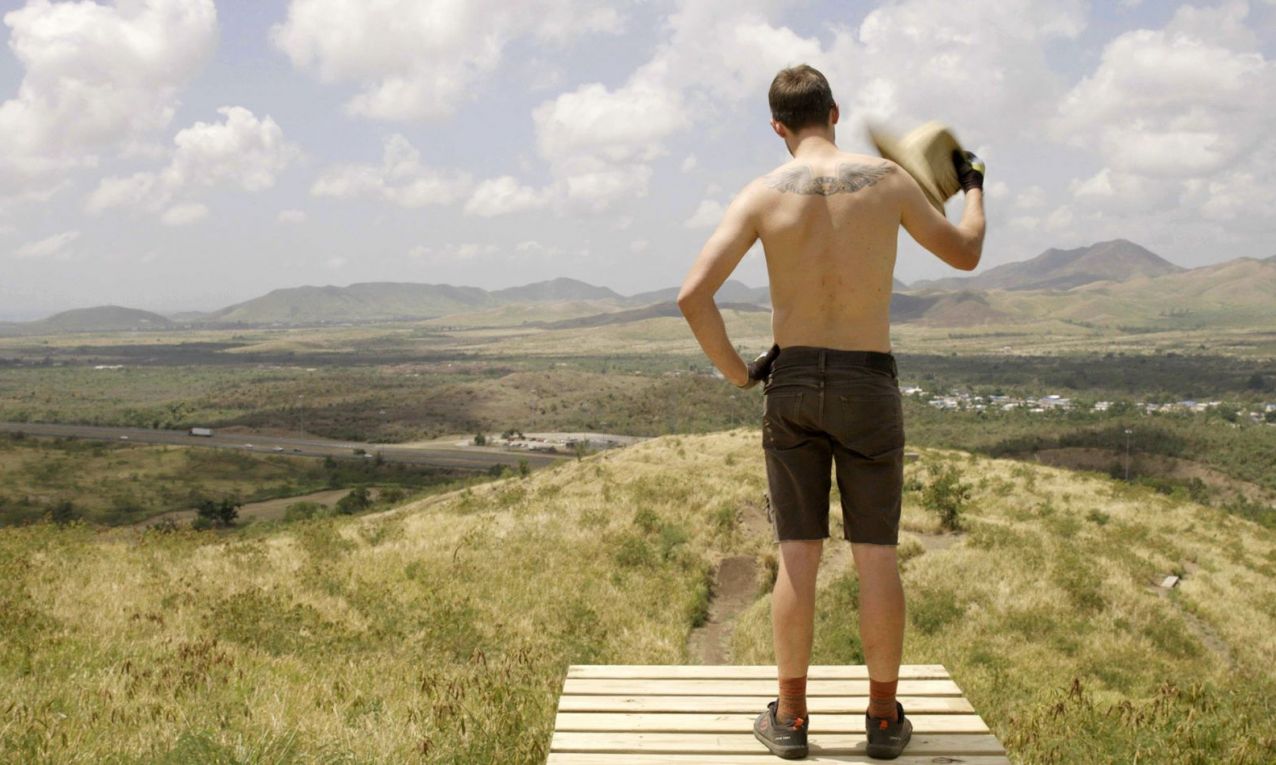 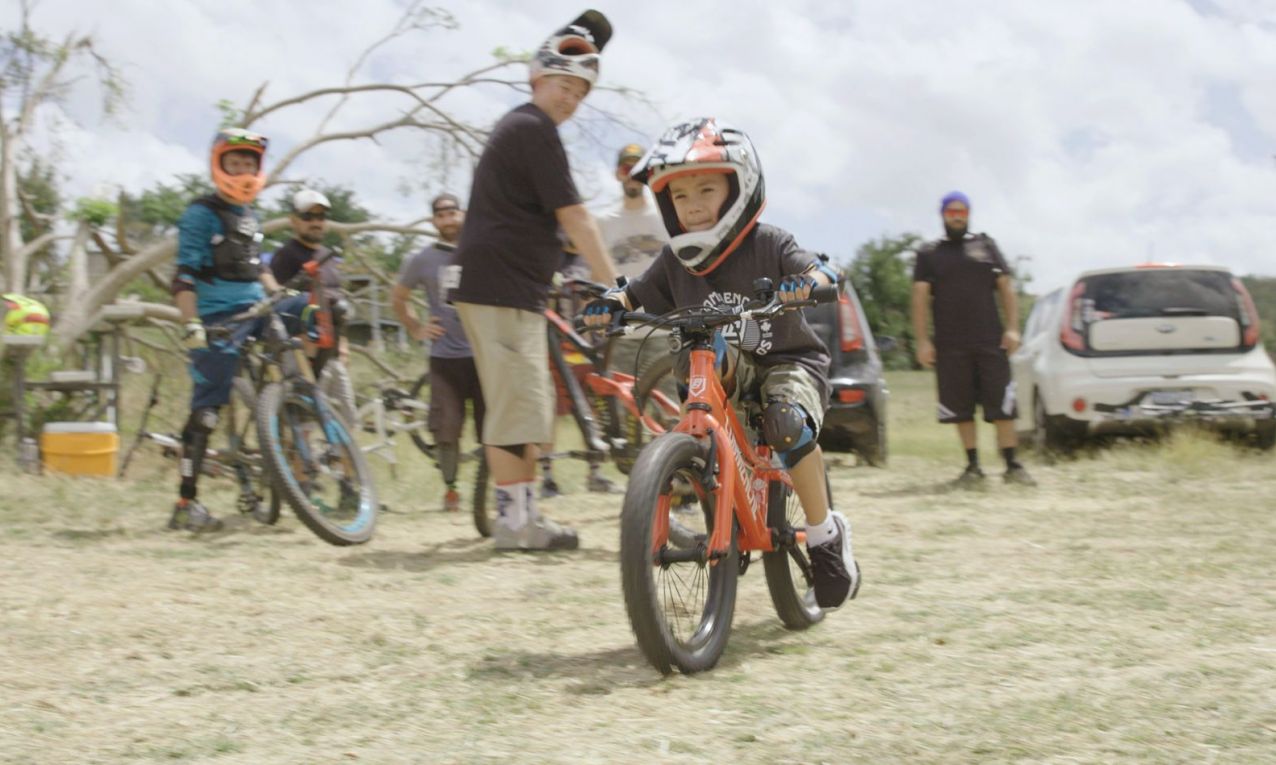 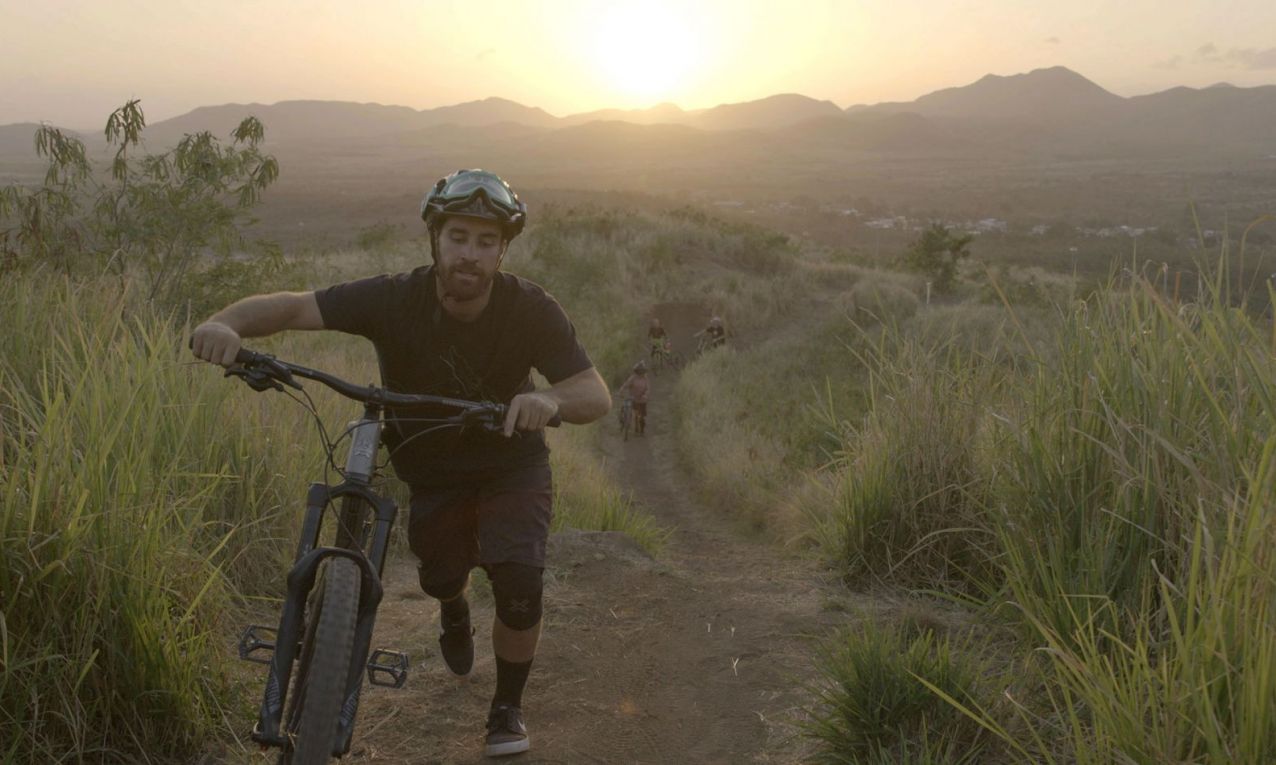 One of our beliefs is that you don’t only help when you are on the trip but can also make a lasting impact with content, and exposure to the communities that are supporting the sport of Mountain Biking.

“Most people just talk about helping and coming down, you guys/gals really did what you said you would do. Thank you.”

On our trip we brought a small (pro-bono) production crew and documented our travels. It wasn’t perfect but it was something that we were proud of. After we left, we recieved a note from Eduardo, “Most people just talk about helping and coming down, you guys/gals really did what you said you would do. Thank you.” 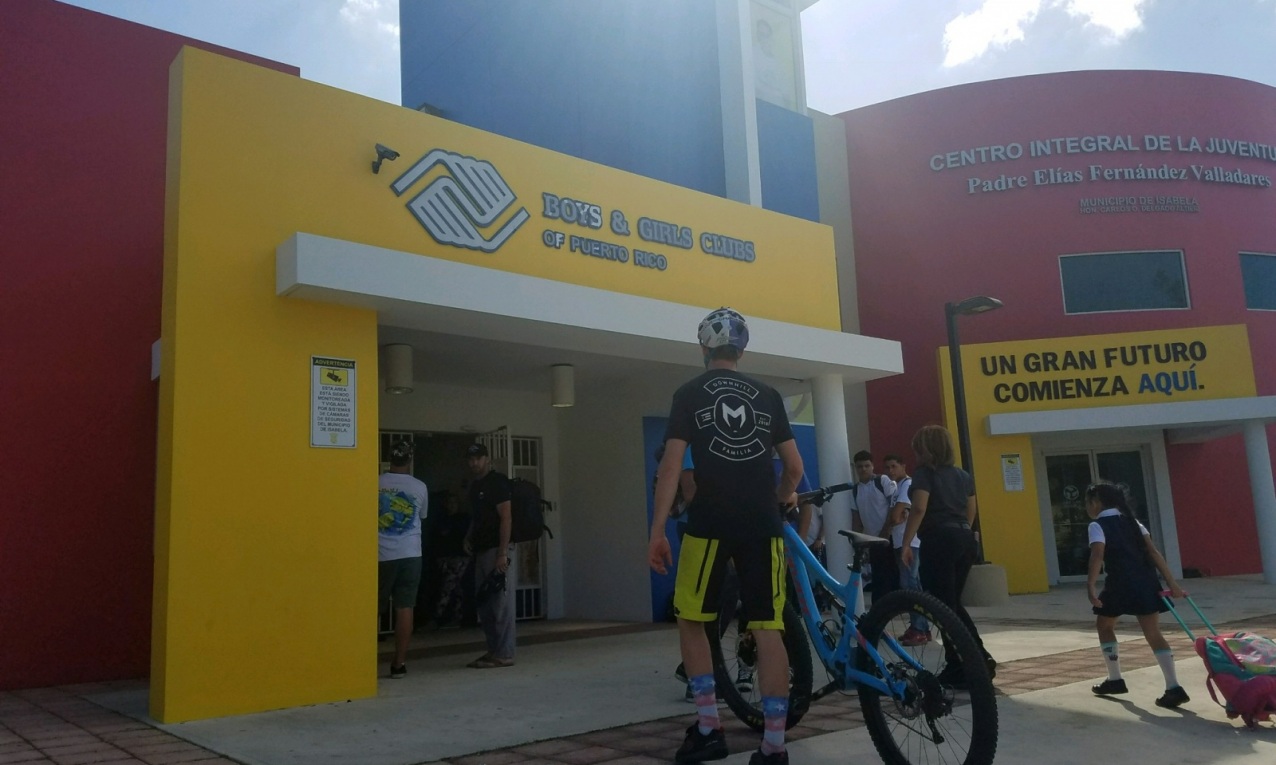 So we started learning about how we can make an impact. With product and materials, with building and maintaining, and with just the simple act of showing you care. That last part stays with us as a tenant of our vision. Sometimes the most important thing you can do is stand beside someone and put an arm around them…then crazy shit happens that can change the world.

– Salinas Gravity Park: You will find riding for every level (beginner to PRO) at this park. Since this trip we have gone down and helped build and Eduardo Carbia (the energy behind the park) has expanded so many things around this area and the island. Drive up to the gate of the Olympic Park and pay $2.00 to get in. Also visit their Facebook Page to see about shuttles and times: Facebook Link
– Modern Beach House Salinas: Manuel took a gamble on having over 10 strangers stay at his property for a discounted rate. An incredible host and a perfect place to stay if you are riding at Salinas Gravity Park.
– Rincon Mountain Bike Pro Shop: If you are in the Rincon area and need a bike repair, bike rental, amazing conversation, stories, a bike museum, etc…you need to visit this legend. I’m not exaggerating. Just trust me on this one. Address
– Beach House Rincon: The owner of this establishment flew down in the immediate aftermath of the storm and brought generators, fed his neighbors, gave haircuts, and gave a shit. Unreal story is summarized in a video below.
– Beach Pad Rincon: This AirBNB owner is incredibly kind, accomodating, and most importantly – they cared. They accomodated us for several days when we were in the Rincon area. Kudos to Alan and Eileen. 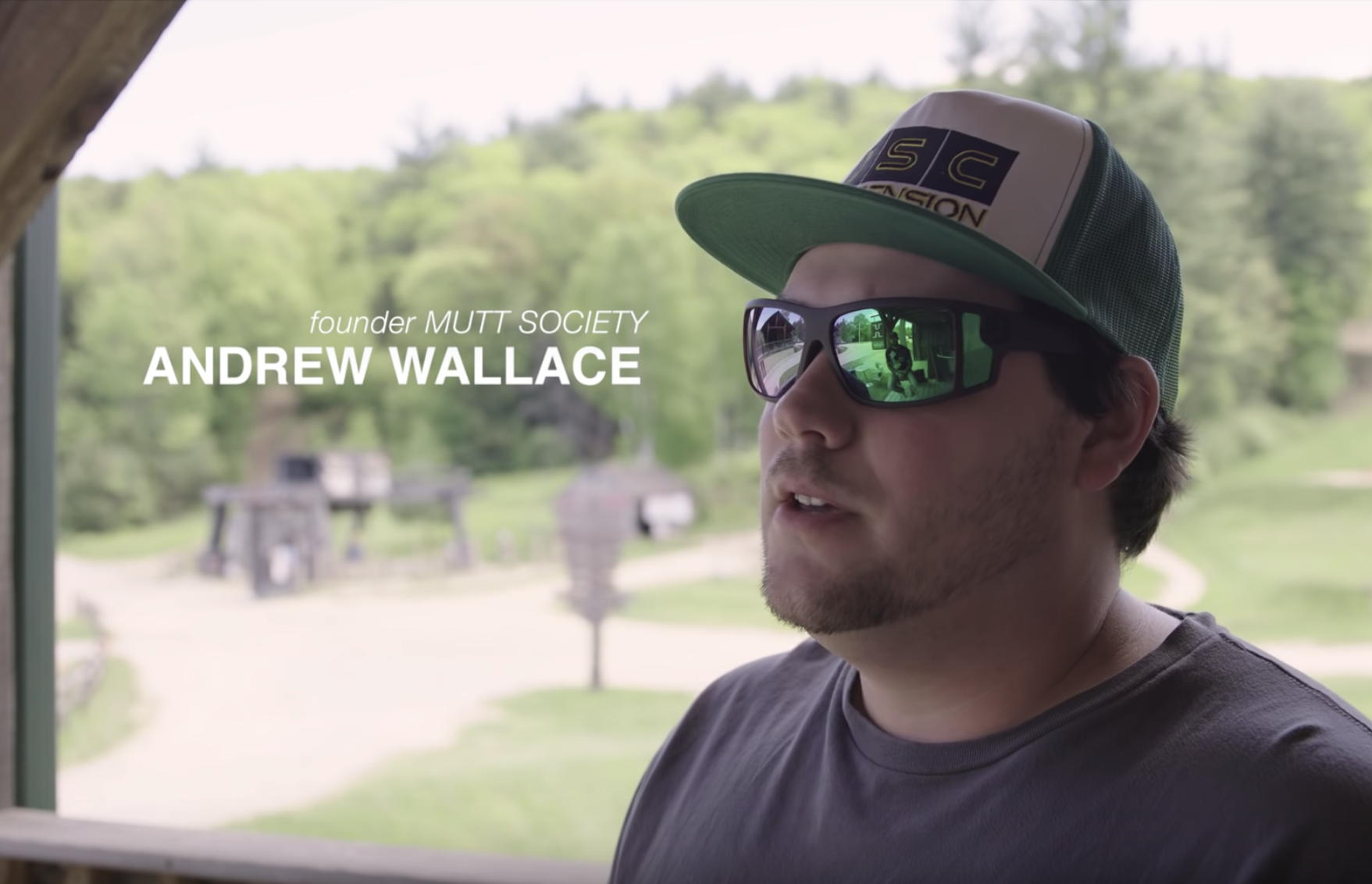 Let us know how we could change the world.